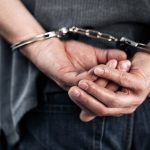 The Washington Supreme Court recently ruled in 5-4 decision that trial judges may not impose a minimum term of life in prison without the possibility of release for 16- and 17-year-olds convicted of aggravated murder. Washington Supreme Court Justice Susan Owens said “The direction of change in this country is unmistakably and steadily moving toward […] 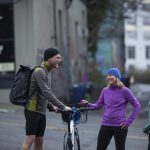 In 2000, Washington State launched Target Zero, a strategic plan to eliminate traffic fatalities and serious injuries by 2030. But the number of pedestrian and bicyclist deaths has grown significantly in the last four years from 60 in 2013, to 122 in 2017, according to a report by the Washington State Department of Transportation (WSDOT). […]

Last month, the Seattle City Council passed a head tax on businesses making over $20 million in revenue. All nine members of the council voted for the measure, which will impose a tax of $275 per employee at companies like Starbucks and Amazon. The business community has lambasted the ordinance, saying it imposes penalties on […]